How I'm deciding for whom to vote: It's in your hands, neighbors! 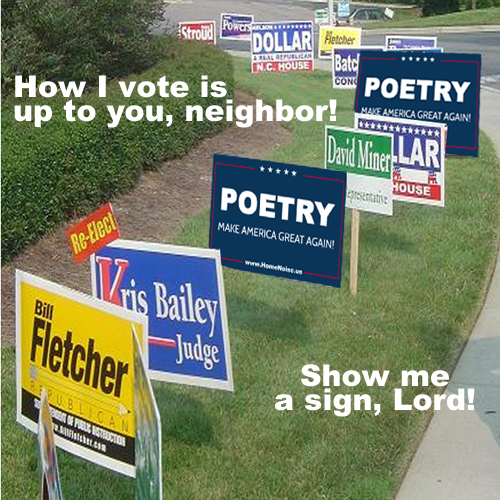 It’s been a long nightmare -- uh, I mean process -- that takes a new direction tomorrow. No, it won’t end, it will just get weirder no matter who wins.

Deciding who to vote for has not been easy. There are so many, mostly very obnoxious voices declaring which candidate is the best choice. Particularly among those claiming to be Christian voices.

The arguments for supporting a certain candidate -- who will not be named -- have been outrageous, insulting, demeaning, increasingly hysterical and desperate, and always incredibly convoluted.

Yet none have been especially convincing. And not very Christian.

The other, allegedly one of only two viable choices, is not appealing either. At all.

While there are third party and write-in choices that are more than palatable, I’m told in no uncertain terms that a vote for one of them is a vote for the devil and I’ll have hell to pay.