The Sadducees were so cute when they encountered Jesus. Perhaps it would be better to say they were so clueless.

The ruling class of the day, arbiters of social mores and religious practice, it’s easy to imagine them walking around with their noses perpetually up. Because they tended to look down on all those around them.

The Pharisees, on the other hand, were a little more down to earth. A little. They were often at odds with the Pharisees, but one gets the sense they were a little jealous. The Sadducees tended to move in higher circles, wear the latest fashions, hold the better positions.

While there was competition, there was also, probably, some emulation. After all, to raise oneself up, the easiest route is by looking down on others.

For example, take Simon the Pharisee as characterized in Luke 7.

When he appeared on the scene, Jesus became a common problem for both the Sadducees and the Pharisees. Jesus was equally a source of interest and annoyance.

Unlike most others they dealt with, Jesus could not be cowed or boxed in by the Sadducees or Pharisees. They weren’t sure what he was about or how to deal with him.

So I imagine it was a combination of curiosity and reconnaissance that motivated Simon to invite Jesus to dinner. After all, the wisdom is to keep friends close and enemies closer, right?

The whole tone of the story recounted by Luke shows Simon exuding a kind of complacent inquisitiveness. He wants to learn more about what makes Jesus tick, but he also wants to avoid any appearance of taking him seriously.

His interactions with Jesus are measured and cautious, a inquisitorial aloofness.

After Jesus tells Simon a story of two forgiven debtors, he asks Simon which of the two is most appreciative, “Which will love more?”

Simon nonchalantly answers, “Well, I suppose, you know, the one who was forgiven the larger debt?” One can almost hear the up-talk in his flippant response.

At least Jesus gives him some credit for his answer.

But let’s back up and look at why Jesus presented this parable to Simon. It was a bit of a scolding, although it’s not clear Simon understood that immediately.

It was customary when one had guests to their home for the host to offer them water to wash the day’s dust off their feet. Beyond its practical applications, it was also a sign of respect.

Simon had not extended this simple, common courtesy to Jesus. This offers a striking clue to Simon’s attitude toward Jesus.

As they were dining, “a woman of the city, a sinner” enters the scene. One can only imagine how she managed to get into Simon’s house. Perhaps she had been there before? I don’t know.

But the story makes clear that she came after learning that Jesus was there. It’s as if she were compelled by an unseen force. She had to get in. She had to see Jesus. She had to complete her mission. Nothing or no one was going to stop her.

She brought with her expensive ointment, an alabaster container of precious aromatic oil.

She presses in to find Jesus, probably unnoticed at first. She sees him, goes straight to him, anoints his feet with the oil, weeps prolific tears that mix with the oil on his feet which she kisses, and then uses her long hair to wipe them clean.

Just take a moment to reflect on this scene.

The woman is mindless of what any think of her. Jesus gazes at her with grace and patience. And Simon is flummoxed, not sure what to do, but thinking, “Okay, this is weird. I know this woman. She’s a whore. If Jesus were a true prophet, he’d know the kind of woman she is, wouldn’t let her touch him, would shoo her away and have her tossed back out in the street where she belongs.”

In the midst of this odd scene, Jesus calmly looks up at Simon and says, “Let me tell you a story.”

Simon was a Pharisee. He viewed himself as righteous. What forgiveness did he need? The required temple sacrifices took care of that problem. He sought adoration from those he respected and envied.

Simon neither understood his deep need of forgiveness nor who Jesus was.

The woman, on the other hand, understood her place very well. She knew who she was. She knew what she was. And she knew in her deep need she required something more than what the Pharisees and Sadducees offered.

Her heart was soft with awareness of her need and when Jesus showed up, her heart knew he was the answer. He was the source of the forgiveness she craved. He was the way to a better life. He offered the truth that could change everything.

When we deny our sin, we deny Christ. We deny the meaning and purpose of his death and resurrection. We deny the truth of his message. We become Simons.

Not only was Simon unaware of his own needs, he was dismissive toward the impact of grace on others. He was not impressed with the parable Jesus told, he was not happy about the woman’s behavior in his house, and, frankly, he was not too keen about Jesus.

When it came to true faith, genuine religion, and sincere service to God, Simon was a simpleton.

That night, the “woman of the city, a sinner” gained her place in the Kingdom of God. Simon, by all appearances, gained his in another, lesser, would-be kingdom.

Frankly, I would rather be a forgiven derelict than a clueless simple Simon. And you?

Come, let us truly adore him.

Do you acknowledge the debt you’ve been forgiven? Do you identify with Simon or the woman? During this Easter season, will you come and adore Him? Or just ignore Him? Share your thoughts in the comments.

For more art similar to that above, go to A Sinful Woman Washes Jesus’ Feet: Chinese, Japanese, Mayan, Cameroonian art. 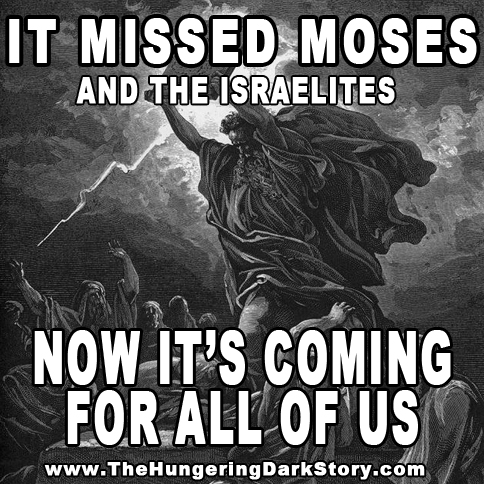