I pity the fools, uh, I mean people. Yes, people.

I pity good, sweet people who foolis..., uh, stubbornly refuse to read the Bible in any other version but the King James.

I love the King James. It’s what I grew up reading.

Many times when I’m trying to look up a verse, what comes to mind is the King James phrasing.

So, I may start with the King James, but then I branch out.

There are so many great translations and paraphrases that blow away the obscure, Yoda-like language of the King James.

Personally, I don’t believe you can really get the most from the Bible by sticking exclusively with the KJV.

There’s just too much in the KJV English that’s a tad archaic.

(By the way, I don’t care if you refer to the book as two Timothy or second Timothy, as long as you’re reading and applying it.)

This verse has come to my mind a lot lately given some of the scuffles going on out in social media land over politics, religious practices, and all things trivial. Know what I mean?

In the King James, this well-known verse is rendered:
Got that? Is it clear?

No, right? It’s worse than Yoda-ese!

It sounds so dainty and soft and not really a big deal. And what the heck is a “gender strife”?

Now check it out in the New Living Translation (NLT):

Ha! Now we’re getting closer to a clear, blunt meaning!

But also consider these two translations:

Wow. This is pretty serious stuff after all.

Paul is clearly issuing a strong warning that we Christians, at all costs, are to avoid becoming entwined in dumb, senseless arguments that only serve to stir up bitter hostilities.

See what I did there? I restated the verse in my own words. This is a great way to get at the full meaning of any passage. You should try it!

Often I’ll note keywords (like those that I’ve underlined above) and look them up in a dictionary to see their complete meanings and look up synonyms.

Is that a cucumber scarecrow you’re idolizing in your pocket or are you just glad to see me?

(By the way, all of these version and more are available online at several Bible sites.)

Every day I read one chapter in each: two from the Old Testament (OT) and one from the New (NT).

In the OT I’m working through the Prophets right now.

These are great, fun books to read. They are full of poetry, sweeping language, and some great imagery and metaphors.

Not to mention wit and humor!

The “they” being referenced are the idols and false gods being worshiped by the ungodly culture surrounding the Children of Israel.

The point being made is that while the created handmade idols representing false gods may appear intimidating and impressive, ultimately they are as completely worthless and impotent as “a scarecrow in a cucumber patch.”

By the way, this verse in the KJV is very bland: “They are upright as the palm tree, but speak not: they must needs be borne, because they cannot go. Be not afraid of them; for they cannot do evil, neither also is it in them to do good.”

As the first part of the verse can be translated as either “palm tree” or “scarecrow” it’s important to see both renderings to get the full meaning.

Frankly, given the context, I think “scarecrow” is the better choice. But, please, go read the full chapter to make up your own mind.

The commentary on Jeremiah 10 in the HCSB (Holman Christian Standard) Study Bible clarifies the worthlessness of idols as “fog, mist, breath.”

For us, anything that replaces God in our lives, becomes more important than following Christ, or blocks the activity of the Holy Spirit in our hearts and minds is likely some kind of contemporary idol.

The simple point being made with flare is that giving any credence to any idol is just absurd.

Going down to the sea with oxen

One of the fun books I’m reading through now is Amos. What a curmudgeonly guy, but boy could he turn a sweet phrase.

He goes on to explain that Amos’ “messages of denunciation were delivered in an atmosphere of unprecedented material prosperity, accompanied by a widespread decay of moral values and a wicked oppression of the poor.”

Hmm, this feels familiar. Where have I experienced this before?

Anyway, Amos is sounding his cautionary prophecies at a time when everyone was fat and happy and pooh-poohed warnings of trouble ahead. And yet, within a few years all hell broke loose and Amos was able to say “I told you so!”

There’s some real fun stuff that pops up in chapter 6. Look at verses 4-6 in the ESV (English Standard Version):


“Woe to those who lie on beds of ivory
and stretch themselves out on their couches,
and eat lambs from the flock
and calves from the midst of the stall,
who sing idle songs to the sound of the harp
and like David invent for themselves instruments of music,
who drink wine in bowls
and anoint themselves with the finest oils,
but are not grieved over the ruin of Joseph!”

The HCSB (Holman Christian Standard) Study Bible commentary explains stating, “The Israelite aristocracy enjoyed what the Greeks would call a ‘symposium’ (lit. ‘drinking together’), in which participants lounged on couches, drank wine, and listened to music.”

The image this brings to my mind is a person sitting in their comfy chair, sipping wine, watching TV as the Lexus commercial laced with the refrain “I could get used to this” is on while they are posting some variation of this meme to their Facebook page: 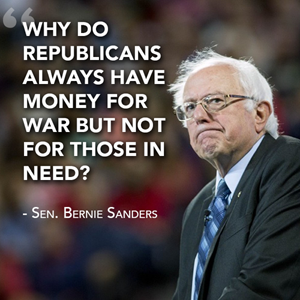 All while thinking to themselves, “There! I did my part in fixing the war and poverty problems! Now, I wonder if I can afford a new Lexus?”

Amos has something to say about this.

In verse 12 he asks the crazy, wacky, ridiculous questions: “Can horses race over rocks? Can you plough the sea with oxen” (Philips).

Now, given that we’ve all seen the movie “Hidalgo,” to the first question we might be tempted to answer, “Well, maybe. It would be hard on the horse, but doesn’t seem impossible.”

Okay, but what about that ploughing (aka plowing) the sea with oxen?

And absurdity is the point Amos is making.

He’s leveling a scathing accusation at the Israelites who boast of their wealth and accomplishments, while at the same time ignoring justice.

Look at the full verse in the CEB (Common English Bible):


“Do horses run on rocks?
Does one plow the sea with oxen?
But you have turned justice into poison
and the fruit of righteousness into bitterness—...”

In other words, ignoring or perverting justice and exalting in self-righteousness rather than true righteousness is as stupid as trying to plow the sea with oxen.

So what’s your point?

All through the Bible there are clear warnings to avoid the absurdities of stupid arguments, giving credence to idols, and indulging in self-righteousness that allows injustice.

And yet, just as those who were being directly warned by the prophets and Paul, we ignore these warnings and keep on doing the dumb things.

This is especially easy to do when the Bible we’re reading is written in an obscure variant of old English that allows us to evade its true, full meanings.

Hmmm, maybe that’s exactly the reason why some insist on a KJV-only devotional life. Or why some don't read the Bible at all.

What I do know is that it’s a lot more fun and interesting to read the Bible in a variety of versions. And a lot harder to dodge its commandments and truths.

After all, “Every part of Scripture is God-breathed and useful one way or another—showing us truth, exposing our rebellion, correcting our mistakes, training us to live God’s way. Through the Word we are put together and shaped up for the tasks God has for us” (2 Timothy 3:17, The Message).

What is your favorite Bible version? Do you read in other versions as well? Do you read as much in the Old Testament as in the New Testament (other than the Psalms and Proverbs)? If you only read the KJV, why? Please share your thoughts and tips for enhancing the pleasures of Bible reading in the comments! (But let’s not argue. ;-) 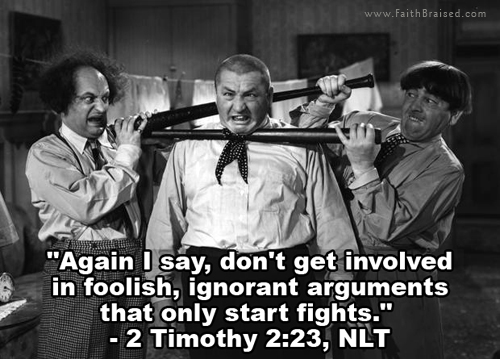