What exactly did you meme by that? Things Jesus didn’t (& wouldn't) say...


I love a good quote. Especially quotes about writing. One of my favorites is from Peter De Vries who said, “I love being a writer. What I can’t stand is the paperwork.”

Another good one comes from Gene Fowler: “Writing is easy; all you do is sit staring at a blank sheet of paper until drops of blood form on your forehead.”

Yes, writing can be sweet torture!

Witty, humorous, and inspirational quotes from well-known or barely-known people can be fun to share and hang on our cubicle walls.

Standing on the paper promises of God

When I was a kid, Promise Boxes were a big deal and the source of good quotes. Just about everyone I knew had at least one in their house.

Basically, a promise box was some sort of attractive container made of wood or plastic that held a few dozen slips of heavy paper about 1 inch by 3 inches. Some boxes were cleverly crafted in the shape of loaves of bread with the mini-cards in the top, offering “daily bread.”

Nicely printed on each mini-card would be a “promise” verse from the Bible. For example, verses such as these:
Promise box verses tend always to be positive, upbeat, and generally what would be called faith-affirming.

What you probably won’t find in a promise box are verses like these:
Ouch! Sometimes the truth hurts.

It’s this imbalance of scripture presented that cause some to look askance at promise boxes.  “Promise box faith” is not seen as particularly well-rounded or mature.

Depending on a promise box for your scripture in-take is like nibbling on snacks instead of eating full, well-rounded meals.

Promise boxing your way through life is as bad as trying to be healthy while eating only junk food.

In fact, the way some use their promise boxes can be akin to seeking wisdom from daily horoscopes or finding more than entertainment in a fortune cookie. If you’re wondering, these are not good things.

Meme me up, Scotty!

With the advent of social media, something new has come along that fills the same function of promise boxes. Today, we have memes! 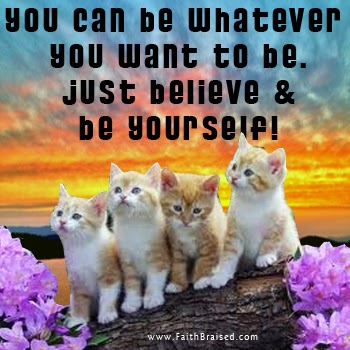 Positive and happy sounding memes with backgrounds of kittens, flowers, and sunsets abound on Facebook, Instagram, Imgur, Twitter, and all over the Interwebs espousing meme faith.

The positive, inspirational, and uplifting quotations come from people with very diverse worldviews.

On the surface, they seem harmless. But, for people of faith who pledge allegiance to the inspired Word of God, many are far more troublesome than proof-texted verses from a promise box.

Why? Because many meme quotes, besides not being scripture, aren’t even scripturally defensible. They are empty words that can deceive (Ephesians 5:6).

Can you imagine Jesus saying something like this? Just look back up a few sentences to those examples of not-so-happy Bible verses. All of them contradict this meme quote.

What makes this even more egregious is the meme with this quote was passed around and applauded by a lot of believers.

Let’s look at a few more meme quotes up against scripture:
You get the idea.

Eschewing memes for the solid food of truth

Just because something sounds good doesn’t mean it is good, or right. A critical aspect of the mature Christian life is the development of discernment.

When it comes to memes and inspirational quotes:
Before buying into or sharing a meme quote, here are a couple of simple tests to help clarify its value:
Dr. John White wrote, “For the Christian the essence of honesty lies in not only being faithful to the truth but to the Truth.”

While memes can be fun and provide a quick hit of inspiration, anything that inspires us away from solid truth -- or the Truth (Jesus) -- is dangerous. There’s nothing trivial about flippantly sharing a cute meme that conveys something askew.

Eugene H. Peterson stated, “Good poetry survives not when it is pretty or beautiful or nice but when it is true: accurate and honest.”

The same could be said for good memes. And you can quote me on this.

Do you agree or disagree? What memes have you encountered that seemed a tad off? Is the content of a meme really all that important? Please share your thoughts in the comments! 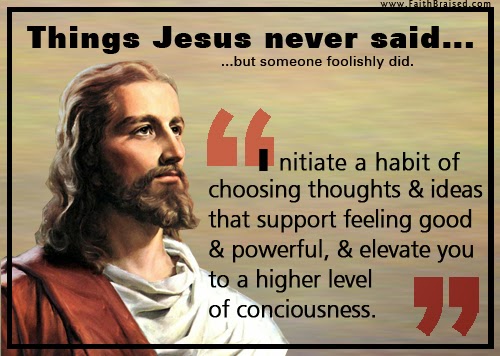 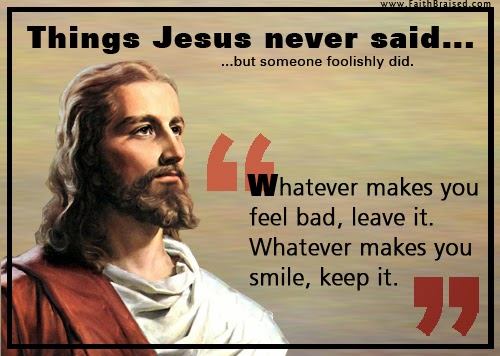